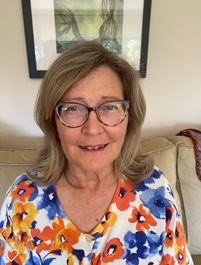 ​Kristi Adams, Secretary
Kristi moved to Oak Harbor in 1999. In 2002 she retired from the US Navy. An avid knitter and gardener, she is passionate about encouraging others to actively participate in our democracy. She has three grown children and two handsome grandsons. 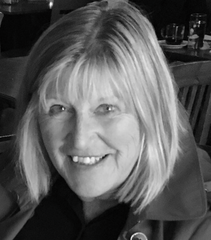 ​Diana Conners, Treasurer
Diana is following in her Mother's footsteps by being a member of the LWV...for her, it is a way to stay informed about national, state, and local events and concerns. There is much to learn and she finds that there is power in numbers. Diana is an avid birder and loves gardening and reading. She has 3 grown children and 4 grandchildren who also live on WI. 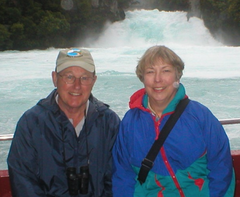 Joanna Roomes, Board Member
Joann Roomes is a retired Teacher Librarian, interested in music, gardening, reading, travel, and history. Her education has included post graduate studies for certification in information services (library science), and additional “lifelong learning” included field work in Washington history, geology, and natural sciences. Previous experiences include attendance as historical re-enactor at black powder/long-rifle encampments over several years.
Joann enjoys volunteering as a docent at the Jacob and Sarah Ebey House near Coupeville, at the Coupeville Branch of Sno-Isle Libraries, as a volunteer and guide at several events at the Ferry House at Ebey’s Landing near Coupeville, and church leader/RE teacher at the Unitarian Universalist Congregation of Whidbey Island. She is a member of the LWVWI Board, Historic Whidbey Board, and the Coupeville Library Board. She is gratified to be a member of the League, as active civic participation by women is so important to our democracy. 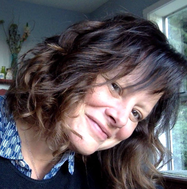 Karin Bolstad, Board Member
Karin Bolstad, her husband, and her teenage daughter are residents of Langley, formerly of Seattle. She is a working artist at Blueschool Arts in Clinton. Karin joined the League after the election of 2016, because she realized that she was not participating enough within the civic sphere: and the League provided a structured and effective place for her to learn and serve her community. She helps out the League with any design-y type stuff and managing the website. 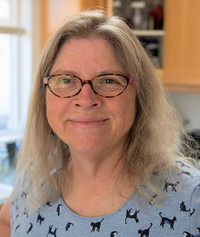 Becky Bolte, Board Member
​Becky has lived in Oak Harbor since 1996 when she moved from Florida to accept a position with Sno-Isle Libraries.  She worked with the League of Women Voters of Whidbey Island for many years as a Sno-Isle partner on candidate forums, Great Decisions discussions, and other efforts in support of an informed citizenry.   Civic education and advocacy remain important to Becky and upon retiring in 2019, she joined the LWVWI board.    Becky enjoys other community groups as well including Whidbey Audubon Society, Quilters on the Rock, AAUW walking and book discussion groups, and she is on the planning committee for the Trudy Sundberg Lecture series through the Sno-Isle Foundation. 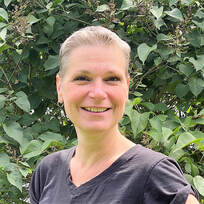 Shantina Steele, Board Member
​As a Washington native, Shantina moved to Whidbey Island after graduating from Sultan High in 1990. She and her husband have four grown children and 3 grandchildren also living locally. Raising her family on Whidbey has fostered a feeling of home and community that prompted Shantina to explore ways to engage locally. Knowing that citizen engagement in our democracy is foundational in working to solve the challenges we face as well as achieve the goals we aspire to as a community, state and nation prompted Shantina to explore The League of Women Voters.  Shantina took interest in the League of Women Voters because of its mission as a bipartisan organization to inform and engage others in the governing of our communities and beyond.  ​ 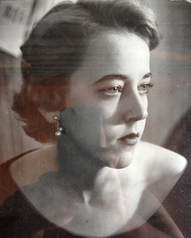 Barbara Seitle, Consultant to the Board
Barbara's life is shrouded in mystery, but we DO know she loves bears, her husband, politics, and Austrian liquors. ALSO, in a past life, she was Mayor of Woodside, California (90's) and the President of LWV WA (2005-2009).

Forever in our Hearts

We are devastated to report that Joyce Peterson, who was a former co-president of the Whidbey Island League of Women Voters, has passed away within 2 months of being diagnosed with cancer at home with her family present on Friday, July 19 at age 63.
Joyce and her husband, Fran Einterz, met in Kenya when they both were doing volunteer work for Peace Corps.
​
After moving to Whidbey Island she and Fran started a successful business called Service Alternatives which provides residential care for dependent people on contract to Washington State. Joyce also worked as an Occupational Therapist for the Oak Harbor school district as well as being active in the League and being on the board of Small Miracles. She also enjoyed singing in the community chorus and dancing.

Joyce's immediate family besides her husband Fran includes son Isaak (32) and daughter-in-law Blair, and granddaughters Holland (15 months) and Elliott Joyce (5 weeks), and son Micah (30) and partner Kelly. Joyce has 3 siblings, twin sister Jan, sister Joan, and brother Norris. She will be greatly missed by family and friends for the wonderful person she was and the wonderful things she did.

We cannot express how much we will miss her.